What comes into the mind of travelers when they start to think about SEA, SUN and SAND?

Phuket is one of South East Asia’s most popular places to visit. Year after year, visitors from all over the world enjoy visiting Phuket for many reasons. It has become far more developed in the past 10 years with lots more attractions for everyone to enjoy. The beautiful sandy beaches, the azure clear sea, the lush green mountains and all round nature make this island a perfect place to visit.

Phuket airport first began offering international flights in 1984; this made the island even more popular among tourists.

Phuket is Thailand’s biggest and most visited island with over 8 million visitors recorded in 2017. The number of tourists have grown massively from the 1960’s and 70’s meaning much more resorts open on a yearly basis. The island is home to many high-end beach resorts mainly on the west coast of Phuket. With the Sarasin Bridge connecting Phang Nga Province to Phuket Island, it gives us more options to get to Phuket (plane, car or boat).

The number of foreign tourist arrivals doubled from 1 million in 2007 to 2 million in 2010. International arrivals reached 8.4 million in 2017 meaning an 800% increase from 2007. The choice of restaurants and different types of food has increased massively over the years also. You can literally find any type of food from around the world in Phuket now so it is suitable for all visitors.

The Phuket property market has changed over recent years. Property Buyers not only want a vacation home but also a property to receive rental investment. Developers have had to acquire a hotel license to offer properties for rental purposes on a daily basis. Most Developments in Phuket now are suitable for both rental investment and to have as a vacation home. 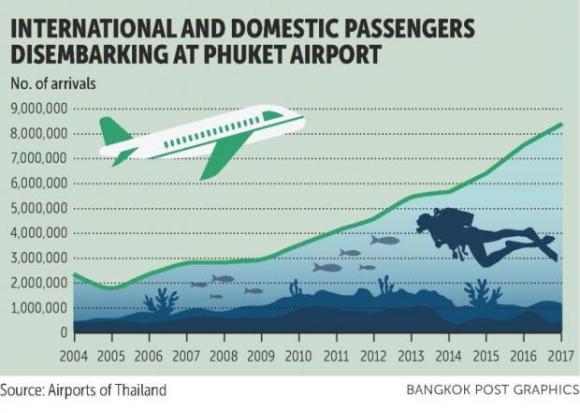 With 8.4 million visitors in 2017 alone, Phuket is Thailand's most popular island destination. Visitors numbers have broken records for the fourth straight year. Over the decades, the island has undergone significant developments before transforming into what it is today".

The attractions of Phuket as a destination is flawless and the majority of visitors that visit Phuket often return at some stage. International Hospitals are at a very good level with English speaking Doctors. International Schools are also at a very high level. Phuket has steadily transformed from an underdeveloped island that relied on rubber and tin mining to a developed tourist destination. Phuket authorities work hard to protect the environment and to keep the nature as beautiful as ever.

Credits to The Guide Phuket

Sign up for FREE and receive the ultimate guide to buying property in Thailand. 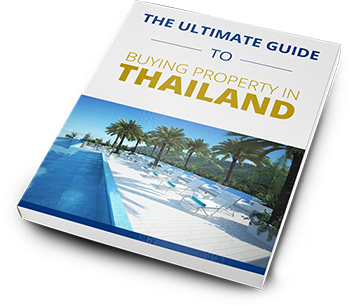 Sign up for FREE and receive the ultimate guide to buying property in Thailand.